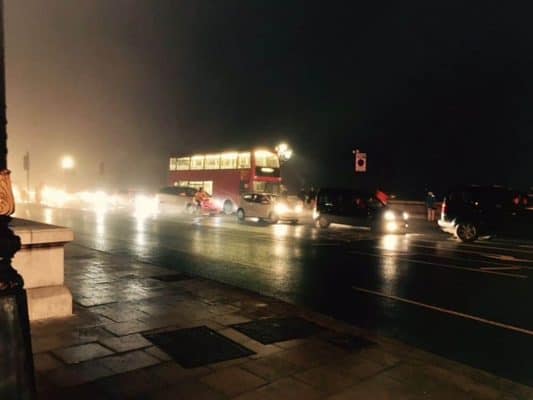 UPDATE – since this article was published the Government have agreed to extend funding for TFL to keep London’s transport system running till March 2021. The final agreement does NOT require any extension of the congestion charge and free travel for under 18s and over 60s will continue. The ULEZ zone will expand to the area within the North and South Circular as planned in October 2021.

details can be found in this report from OnLondon

Firstly a caveat – this is reported to be the UK Government’s offer in negotiations with the Mayor of London but has not been agreed and a final deal may be very different but there is a possibility that by October 2021 drivers of all combustion engine cars in much of London will be paying £15 a day to use them and those in older more polluting vehicles will be paying £27.50 a day! Let me explain..

London’s usually packed transport network normally gets 70% of its revenue from passenger fares on tubes and buses. But since COVID revenue has taken a tumble.. in fact the Guardian reports that London’s normally packed tube system is only carrying 35% of its pre COVID passenger volumes while buses are at 65%. The result is TFL or Transport for London’s finances are in tatters with contingency funds already exhausted by expensive cost over runs on the Elizabeth line and a freeze on fair rises.

There are a couple of other big income sources of income for TFL which ironically have gone up since the COVID lockdown as people avoid mass transit and travel more in private cars.

In a smaller zone in central London drivers already pay a Congestion charge and a ULEZ charge enforced by CCTV cameras.

Congestion charge
This was an £11.50 per day charge on weekdays for limited hours but is now £15 every day which applies to petrol and diesel vehicles in a small zone in central London and

Since the introduction of the ULEZ charge air pollution levels have fallen sharply but only inside the smaller central zone. Levels of toxic nitrogen dioxide (NO2) fell by 44% and the proportion of vehicles in central London meeting lower, tougher emission standards rose from 37% in Feb 2017 to 79% by 2020.

As a result the Mayor announced an expansion of the ULEZ charge (but not congestion charge) to cover a much wider area of London including many suburbs (within the North and South Circular roads) from October 2021 in order to reduce air pollution with the same £12.50 charge.

Government Bailout for TFL round 1

The Conservative government in Westminster stumped up an initial £1.6 billion as a temporary measure. This had some strings attached to force TFL to help balance its books including:

Government Bailout for TFL round 2

Now the initial temporary funding has run out and the Government has set conditions for another bailout. It’s worth noting that the Labour Mayor of London Sadiq Khan has been a champion on cutting pollution from road traffic. It’s also worth noting he has been more committed on this than his predecessor as Mayor.. Boris Johnson.

It would be fair to say although the Conservative party needed a lot of pushing to take air pollution seriously the issue is not one split on party lines. Indeed the Labour Mayor of Manchester is probably the biggest opponent of action to cut pollution, broadly taking the position that unless central government pays to buy everyone in Manchester a new vehicle he won’t take action against polluting cars and vans.

One of the other main opponents of action of air pollution is the Conservative candidate for the postponed London Mayoral election. In fact had he been elected Sean Bailey promised to scrap any expansion of the ULEZ zone.

Nationally though the Conservative Government (prodded along by repeated legal actions) have begun to take air pollution seriously. They are also committed to the UK meeting its Climate Change goals.

Despite this the Governments conditions for the TFL bailout turned out to be bit of a surprise. Not only did they agree the Mayor should expand the ULEZ zone to the much larger zone, they also insisted the congestion charge be rolled out to the larger zone too. So now we have

What positives and negatives would a combined expanded ULEZ and Congestion zone achieve?

So what changes or ideas could make measure more politically palatable and better?

The ULEZ plans were already well advanced and should continue as promised. There has been plenty of notice and it will bring massive benefit to quality of life and health in the expanded zone.

So what could be done with the congestion charge

There is likely to be a plethora of groups looking for exemptions of their own highly polluting vehicles from this measure. I would disregard them all and try to focus on improvements to a policy that is effectively using a “sledgehammer” against cars and vans in central London regardless of how polluting they are. What we should be looking at is how whether, with some changes this policy could be honed to achieve revenue and pollution and carbon policy objectives.

You could reduce congestion charge amount in the outer zone

Like so many things in life from passenger flight carbon emissions to traffic pollution a version of the 80/20 rule applies to air pollution and congestion from traffic.
While there are fewer diesel cars in the UK than petrol, (12m diesel cars v 18m petrol cars) they are not only more polluting, they make up a majority of traffic because diesel drivers do higher mileages, both inside and outside urban areas. A free allowance with the full charge applying for all would have little affect on the majority of drivers who use their cars less often but would provide a strong incentive for behaviour change by the super polluters (and super carbon emitters). How it would work?

Diesel still dominates the market for van sales. Legacy van makers have dragged their feet on introducing Electric versions and most to date have until recently been under-specced and priced not to sell. This is finally changing with new models arriving with decent range and ability. They remain more expensive than diesels though. We believe there is a strong case for van drivers to pay the full congestion charge including in new diesel vans but that a substantial proportion of the charges they pay should be available to be refunded towards the cost of an electric replacement. This should cut diesel van sales quickly and make a proportion of the charge a savings plan for clean replacement. We outlined this for the ULEZ previously but the policy works even better for congestion charge payment as all diesel vans pay it.