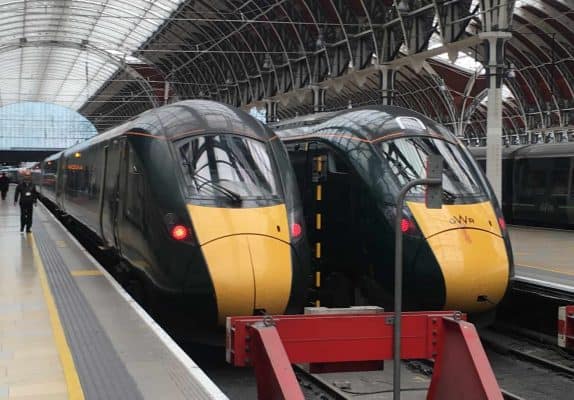 This article covers alternatives to diesel but the link below details why plans to replace diesel on our railways are necessary and becoming urgent.

The technology options from dirty to clean

Clean air – Combustion engines power a vehicle by burning a fossil fuel to turn it into CO2 and toxic gas. Diesels produce far more toxic gas than any form of powering vehicle other than high sulphur bunker fuel used for shipping including ferries and cruise liners. Clean air regulations on the railways are close to non existent and many diesel locomotives are so old the regulations don’t apply to them.

Diesel electric trains have run for many decades and presumably provided some limited efficiency benefits but essentially are a slightly more efficient and just as polluting form of diesel. Much like mild hybrid MHEV diesel cars they can’t travel a single centimetre on electric drive.

This operates much like plugin hybrid SUV cars. They can travel short distances in EV mode and get some energy regenerated into the batteries when braking.

Clean air – While clearly a stepping stone technology likely to be as toxic as a diesel for 90% of the time it does have one advantage. You can choose where you run the diesel engine and in theory could run entirely in electric mode in and around stations. You can therefore choose where you render the air toxic – in less populated areas with low background pollution.

when the hybrid system detects proximity to stations or depots, it will turn the engines off and run on its battery, removing gas and noise emissions from populated areas.

165 HyDrive train is due for completion by late 2019 and will serve passengers on Chiltern Railways routes, including commuter routes between London Marylebone to Aylesbury.

The same approach is being trialled for shipping allowing ships to switch off their engines when in or close to port.

CO2 – potentially significant reductions if most acceleration out of stations can be on electric drive. It is not compatible with a zero net carbon economy but is a relatively cheap way to cut the number of people exposed to air pollution in the short term.

Clean air – because it has no battery range you don’t get the benefit energy regeneration from braking and can only use electric power on electrified track. A particularly crazy installation is on the costly UK Great Western route where the route will be largely electrified but switch to diesel on the sections in the cities of Bath and Bristol. Essentially it runs 90% of the route on clean electricity then switches to highly polluting diesel mode in cities with high population.

CO2 – performs better here because most of the route runs on electricity than can be largely or entirely from renewable energy. It is compatible as a step towards a zero net carbon economy but far too expensive for only a partial step.

Hydrogen as a fuel has some issues holding it back. It’s either produced very inefficiently from electricity or more commonly from a process using methane. It provides a lot of energy for its weight but takes up a lot of space unless cooled to a liquid state. This makes it expensive for cars to run on and seems to have a habit of blowing up filling stations.

For trains these are less significant problems.

Running trains without much cost saving is less of an issue if you have just saved billions compared to the cost of electrifying an existing line.

You simply replace your diesel filling facilities with hydrogen ones and your hydrogen runs on the same track under the same bridges and through the same tunnels.

One issue here – many existing hydrogen trains store the hydrogen on the roof like using a roof rack on the car. Either this has to fit under bridges and tunnels or these tanks will have to go under carriages between the wheels at either end. This should be perfectly feasible but may require a more ground up design of trains for hydrogen. Much like properly designed electric cars place batteries under the floor whereas cars where electric is an afterthought tend to put batteries in the boot cutting back space.

Your filling stations are even much less likely to blow up if well designed and operated by staff trained in the correct safety procedures.

Inefficient production from electricity can also be offset a little by producing it from local renewables or off peak grid power. More efficient ways of producing hydrogen should eventually provide a further boost.

This sounds so simple. You generate clean power and the trains run on it. If you are a country like Switzerland that electrified all it’s railway nearly 100 years ago it really is a brilliant way to run a clean efficient railway directly from renewable energy.

On major new railway lines it also makes great sense. Where it falls completely flat is as solution for replacing diesel on existing lines. The costs are too high for it to be a rational alternative. Any country trying it would be likely to give up along the way. It is no solution if it isn’t complete like the Swiss Network.

Essentially this allows a train to run clean everywhere by travelling between electrified sections on battery power. This arrangement could be used to replace the electric trains with diesel bi mode. Electrifying existing running railway lines is prohibitively expensive but these trains with significant battery power can be charged on the move and from brake regeneration and allow electric trains to go to a destination without electrified track

In theory you can electrify easy or cheap sections of track where there are no bridges, junctions and tunnels that drive up costs massively. Ie it’s a bit like skipping the bits of homework you don’t like and doing the easy parts.

These trains are likely to become the main alternative to both complete electrification and hydrogen. Whether it succeeds rather depends on how much track has to be electrified for batteries to recharge on the move. If you could electrify just around stations or under 20% of your railway line and still have batteries fill in the gap on efficient renewable energy then this technology is likely to go mainstream

CO2: It is highly compatible with a net zero carbon economy.

Yes these really exist. They aren’t going to solve the replacement of diesel on many routes but they do work. Just have a look at the specs of these battery only railcars from Germany built in the 1950s! The tweet has a link to the full Wikipedia entry.

One difference is battery only trains tend to rapid charge only while in a station – usually a terminus on a local route. It then runs the service on that charged battery.

Laying the foundations for energy-efficient traction

Detailed article from “Rail Journal” running over not only replacement options for diesel but how railways are planning to cut the amount of electricity they need on existing electric lines. Voltage changes look set to deliver big reductions in power lost in transmission and allow trains to “regen” power back into the power supply when braking.