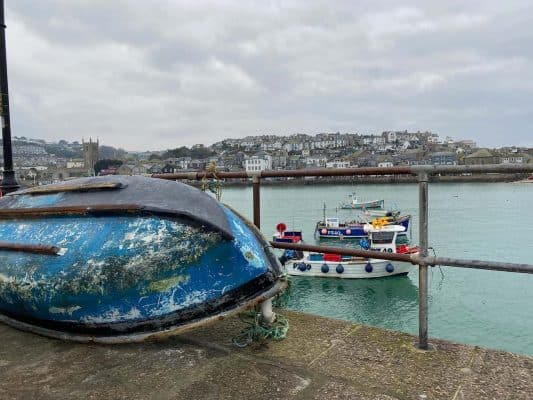 There are some very common but really inaccurate misconceptions about driving electric cars that are still widely believed. One is that you can’t do high mileages or long trips in an electric car and that it takes hours to charge an EV.

So we’re doing some #EVDayTrips to bust some of these myths and show what electric cars trips are really like. These extremely long trips in the UK to show you can do it in an EV. Our first trip was 527 miles Putney to Padstow and back in a day.
The second was 475 miles Putney to Tenby return while the third took it up a notch…671 miles London to Scotland and back in a day! The 4th trip was 611 miles from London to Holyhead in Anglesey of which the first 523 miles was using public chargers only, avoiding Tesla Superchargers.

Including this trip to St Ives and Lands End the 5 EV day trips to date add up to 2,888 miles (4,658 km). To get an idea, that’s the same distance as driving from Oxford in England to Lisbon in Portugal.. and back again! The five return EV day trips averaged 577 miles each, a little further than a one way journey from London to Inverness.

So why choose these destinations apart from proving you can driving vast distances in an electric car? Well with the uncertainties of international travel since the pandemic and and now the awful actions of a crazy little man in Moscow, driving an EV that makes long trips relaxing and easy it really is the perfect time to explore beautiful parts of the UK that you haven’t had a chance to see before. For me it had been over a decade since I’d last been to Cornwall or the Lake District (which I drove through on the way back from Scotland), I’d never been to beautiful Tenby in south west Wales or Anglesey or on its northwest tip. All the destinations have had stunning scenery with dramatic coastlines and mountains to walk while there.

There really is no reason and no excuse to buy another premium brand oversized diesel SUV or saloon for £35,000 or more just because you do a trips to Cornwall, Wales, Scotland Norfolk, Gloucestershire etc. or do high mileage driving for work.

What’s an EV day trip like in winter though

Even driving a 2019 Tesla Model 3, the UK’s best selling electric car of 2021, (and the second best selling car overall ahead of cars like the Ford Focus and Fiesta) winter temperatures do affect range and efficiency. In most cases though it really shouldn’t affect your trips too much provided you can charge easily when you need to. You might just need an extra charge or a few minutes extra charging time but in a Tesla with fast Superchargers that’s pretty easy especially on or near motorways.

If journalists are to be believed public chargers are a hotchpotch of unreliable units that are impossible to use and as rare as hens teeth but if you choose your charging networks carefully it’s usually fine. We have a beginners guide to keeping your EV charging simple and chilled just here so that on a trip you can easily focus on fast chargers with multiple bays and contactless payment.

London to St Ives in Cornwall, then on to Lands end and back to London in a day

This trip was to see how winter temperatures affect a trip to Cornwall compared to last year’s first EV Day trip to Padstow in spring 2021. Having never been to St Ives this trip gave plenty of time to look round, visit the Tate Gallery there and grab a nice lunch. After that there was a further trip west as far as you can go on the UK mainland to Lands End before the return trip to London.

To be honest is was another fantastically easy journey. The early start meant no traffic around London so remarkably I was able to drive Amesbury, charge, grab a coffee and then pass Stonehenge all before the sun came up. It’s so easy I didn’t even bother fully charging before departure.

In fact the only surprise was how fantastically dirty the roads were. There had been no rain but the roads were mostly damp and oily. The car needed a thorough wash afterwards as even opening the boot needed a cloth to clean your hands after. Could it be that at low temperature diesel exhaust sticks to the road surface. Better there than in peoples lungs I suppose.

In the end I had about 2 and half ours in St Ives exploring the town, visiting the Tate Gallery, grabbing an excellent lunch overlooking the harbour at the Porthminster kitchen. The promised sunshine didn’t emerge in St Ives at all, saving itself till I got to Lands End where it was very welcome

Lands End does have nice scenery but so does most of the Cornish coast. It’s basically more of a tourist trap than anything

Didn’t actually make a note of this as I really just plugged in because it was there during the visit to Lands End. I was there for about 50 minutes but was a good example of invisible charge time. I was there anyway so there was no “charge time”

Despite not being quick it got me enough charge to ignore the Superchargers at Camborne and Lifton and aim straight to the Exeter Supercharger 126 miles away for the return leg.

Just needed enough charge to reach Amesbury for the final charge on the A303. Worth noting Exeter has both older Superchargers and some much faster V3’s at the back! (old chargers have 2 cables- V3s have 1

One of my favourite chargers and very fast. Added much more charge than needed to give me spare charge at home when I got back.

A kilowatt-hour (kWh) is a measure of the amount of energy stored in your battery and the charging speed in kW is the amount that would be added in one hour. So if a car charged a 50kWh battery at a steady 50kW then 0-100% would take an hour while a slow AC charger at 10kW speed would take 5 hours. In reality charging speed slows from around 50% battery charge and becomes very slow beyond 80%. Luckily most owners will have at least 10% battery left when they start a charge and will unplug before 80% which keeps the times roughly in line.

When less well informed journalists or others refer to charging times in hours they are referring only to slow AC charging (or even 3 pin plugs!) that you would use for top ups or overnight charging at home usually at a maximum speed of 7kW to 11kW. Most EVs (except Renault Zoe’s that depend on 25kW AC) can switch to fast DC CCS charging when on a trip to charge at between a pedestrian 50kW and a super fast 350kW. It’s DC charging speed that matters if you want to charge in 30 mins or under on a trip. 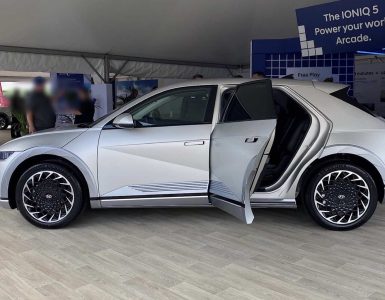