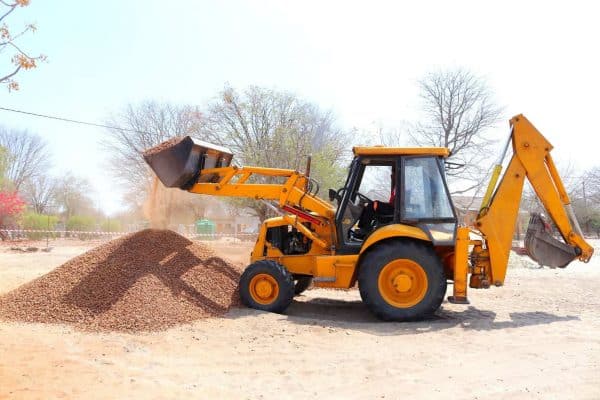 JCB has just announced that it is investing £100 million on new hydrogen combustion engines for use in its iconic yellow diggers that are exported around the world. So what are the pros and cons of hydrogen?

You can head straight down to the 3 videos and then read the article, or read then watch the videos or skip even the article altogether. What I hope you will do is discover something you didn’t know before about the hydrogen combustion engine!

The Hydrogen controversy – how it is produced

Contents hide
The Hydrogen controversy – how it is produced
Is there no cheaper way to make hydrogen?
The JCB Hydrogen Combustion engine
Do JCB have a use case for hydrogen rather than electric?
Enjoy the Videos
Update – JCB secures green hydrogen supply deal in Australia

So why is the use of hydrogen controversial when hydrogen fuel cells can run in a vehicle that produces no exhaust pollution at all, just pure water. There are many pros and cons to using hydrogen itself. For example in an aircraft hydrogen required would weigh less than existing jet fuel to take you the same distance but the tanks need to be much larger.

The big controversy however is how it is made. Broadly there is only one clean way to make hydrogen with no carbon emissions. This is known as “green hydrogen” and only about 5%.of hydrogen sold today is “green”. The rest is black or grey. The problem with green hydrogen is that is very inefficient to turn electricity into hydrogen, then transport it, fill a car then have a fuel cell convert it back into electricity.

How inefficient? If you produce renewable power and put it into an battery electric vehicle via the grid about 73% of that power ends up driving the wheels of vehicle. By contrast using the same amount of renewal power to make hydrogen and then use it to fill up a vehicle only 22% of the power ends up driving the wheels of the vehicle. The remaining 78% is just wasted, compared to only 27% wasted filling up a battery electric vehicle. As we race to convert our electricity supply to renewables we would have to build about 3x as many wind turbines to power hydrogen cars to travel over the same distance. And the fuel would cost at least 3x as much.

As a result, unless the technology to produce green hydrogen improves radically then it is simply a distraction technology that won’t be powering our cars and vans and it won’t be heating our homes. Basically where electric or battery electric options are effective they will be cheaper and more efficient.

That doesn’t mean green hydrogen won’t be important and Michael Liebreich in his tweet below has outlined where hydrogen will be competitive in order from green down to completely uncompetitive in red.

Is there no cheaper way to make hydrogen?

Well yes there is. Over 90% of hydrogen today isn’t green, it is made from coal and gas, mostly methane and known as black and grey hydrogen. Oil and gas companies are pushing hard at politicians and journalists to convince us hydrogen is the replacement for diesel & petrol in cars and natural gas in homes. The problem is using making hydrogen this way burns and releases methane, which much is worse for global warming than CO2. Essentially producing hydrogen from fossil fuels is either no better or in many cases worse for climate change than just burning petrol or diesel in your car. The hydrogen vehicle might be zero emission but making the fuel certainly isn’t. This chart from researchers at ICCT compares the lifetime emissions of various ways of powering a car, in grams per kilometre.

To square the circle oil companies came up with the fantasy of blue hydrogen. You use fossil fuels to produce blue hydrogen but then promise to capture it all and store it forever. It’s a lovely idea but still a distant fantasy. The best effort so far has managed to collect about 65% of the methane emissions.

Perhaps the best analogy is the promising efforts to reduce the methane produced by cows. Trials have shown several promising additions to cattle feed that reduce the amount of “wind” cows produce. What the oil and gas industry is proposing is not to reduce their “wind” produced but catch it at the rear end of the cow and then store it forever. It turns out capturing and storing methane during hydrogen production results in so much leakage that the climate change impacts are disastrous.

Essentially capturing and storing 100% of methane emissions from blue hydrogen production turns out to be just as hard as a farmer capturing 100% of farts from the back of a cow.

Moreover, the storing this gas and CO2 forever part requires a lot of naivety. There are no well developed standards or large scale experience in storing greenhouse gases by human technology for a decade let alone thousands of years. What we do know is the oil & gas industry has very little interest in the long term survival of human and most other life on planet earth so trusting them on this would be naive indeed. Indeed we now know that oil & gas even poured millions and millions into lobbying and anti climate change misinformation campaigns, undermined science & continued to increase the burning of oil & gas after their own scientists established the precise effect on climate that we now have today.

Now we’ve talked about how hydrogen fuel cell vehicles being zero emission and just producing clean water as it drives along. The trouble is JCB is planning to offer diggers powered by hydrogen combustion engines. And they certainly aren’t clean in fact they will be naturally polluting like a diesel and will probably require similar expensive and complex exhaust clean up equipment. It rather seems like JCB may have fallen into this approach because their own engineers know how to design and build engines and their dealers like vehicles that need lots of servicing.

Do JCB have a use case for hydrogen rather than electric?

They probably do for

Where I believe Lord Bamford British billionaire businessman who is chairman of J. C. Bamford or JCB is mistaken is in his view

In the first video Harry Metcalfe (an English businessman, collector and founder and former editorial director of Evo Magazine) talks to Lord Bamford. This is a reminder than just because someone is a charming, successful businessman and large political donor or lends his helicopter to the Prime Minister it does not mean his points are correct or fully reflect the issues or the science! I hope than JCB continues to be a great British success story and hope that at some future point they reflect on whether the combustion actually has a future or whether they should instead step out of their piston comfort zone and commit to a battery electric future supplemented by hydrogen fuel cells where they add sufficient value.

Under the terms, Ryze and JCB will take 10% of the Australian company FFI’s green hydrogen production, which comes from 100% renewable sources.

Commencing early next year, FFI hopes to produce 15 million tonnes of green hydrogen for the world by 2030, rising to 50 million tonnes per year in the 2030s”

This is an encouraging sign that JCB are trying to secure green hydrogen. However it is far from clear whether it will be cost competitive for JCB customers when compared to hydrogen made from fossil fuels. If customers don’t use green hydrogen then any climate change benefit is lost.
The players in the deal
JCB run by Lord Bamford
Ryze hydrogen a UK hydrogen distributer run by Jo Bamford (son of Lord Bamford) who also owns Wrightbus which makes Hydrogen fuel cell buses as well as electric ones. Ryze are supplied with hydrogen on a small scale by a subsidiary of Ineos but using green hydrogen using electrolysis. Ryze claims on it’s website “We can distribute hydrogen that costs the same as diesel”
That said Ineos also appear to say the hydrogen they produce is a by-product of it petrochemical operations.
“INEOS currently produces 300,000 tonnes of hydrogen a year mainly as a co-product from its chemical manufacturing operations. Through its subsidiary INOVYN, INEOS is Europe’s largest existing operator of electrolysis, the critical technology which uses renewable energy to produce hydrogen for power generation, transportation and industrial use”

Jo Bamford is certainly walking into the deal with eyes open about the issue we discuss below. At the launch he was quoted as saying

“At best, any hydrogen made from fossil fuel is being promoted as a transition fuel, but the production of it causes more pollution than it saves. This agreement demonstrates that green hydrogen does not need to be ‘transitioned’ via fossil fuel hydrogen. Production of it can commence at once, to meet the needs of all mobility. I have asked Andrew to deliver to me immediately that he has the capacity, and he has agreed.” Is the BMW i4 really better than the Tesla Model 3?

Both the BMW i4 and Tesla Model 3 are excellent cars so reviewers have perfectly valid reason to pick either as the better car. Ginny Buckley and Nicki Shields from Electrifying believe the BMW is the better car...