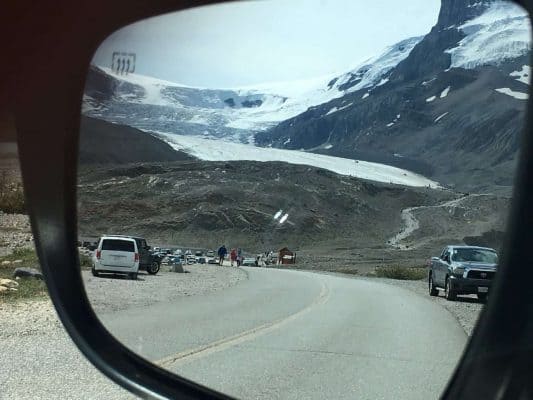 Consultation on ending the sale of new petrol, diesel and hybrid cars and vans – MyUrbanCar response

MyUrbanCar.com and @myurbancar @rivergecko provide advice and information to accelerate the shift to zero emission primarily electric vehicles powered by a renewable energy.

We would however, like to take the opportunity to draw attention to the obvious limitations of a policy based around phasing out the sale of petrol or diesel burning vehicles whether it be in 10, 12, 15 or 20 years time and give policy suggestions and support for more effective action.

2.0 The legacy motor industry response – Keep EVs on a leash

The motor industry response makes it far from clear that they recognise or want to implement the nature of the carbon reduction action required between 2020 and 2030. The main features are:

The legacy motor industry is failing to deliver big selling zero emission vehicles because they know how to make a profit on fuel burning vehicles but have so far been unable to figure out how to make a profit building pure EVs.
This is a chicken and egg situation as small scale EV production volumes don’t deliver economies of scale needed to make EVs profitable.
Do they think Henry Ford would look at this and say “good plan..hedge your bets and keep production small and hope costs improve one day!”

UK EV sales have been rising sharply. We have been charting the welcome fall in diesel car sales (inc MHEV diesels) as we head towards the crossover point between diesel and rising AFV and EV sales.

While solid EV demand through lockdown delivered a brief early crossover in April 2020 we are focussed on the real crossover point. We believe the smart 0% BIK change will speed this process as company fleets & premium SUV buyers were the last bastions of the diesel market. The June EV share of 6.1% was impressive and may take a few months to pass as sales “normalize”. Notwithstanding this, we are hopeful UK EV only car sales share will be in the 12% to 16% range by mid 2021. Diesel share should be under this without including MHEV diesels but may still be level inc MHEVs. AFV sales including BEVs PHEVs and hybrids (but not MHEVs) should pass diesel sales before the end of 2020.

We cover electric van sales separately in the policy section. 98% of sales are diesel and Electric vans sales have been hampered by appalling pricing and specs. Just as an example a Renault Master delivers an official WLTP range of 125 miles for £57,000 or £456 per mile of range. By comparison according to Nextgreencar a Porsche Taycan 4S is £307 per mile or a spacious Tesla Model X with unlimited free charging is £278.
It seems clear some electric vans only exist so a diesel dealer can point at them and say how useless they are- not a surprise with tiny batteries and range under 100 miles for silly pricing. This is about to change with new models offering 150 to 200 miles for under £40,000. The Vauxhall Vivarro-e costs range at £193 per mile of range. The Maxus e-deliver3 also looks set to make a big impact.

Autonomous EVs offered as a service per ride offer massive CO2 and financial benefits to the UK and the rest of the world.

Disclosure: I am both a Tesla shareholder and owner. I am a shareholder because I believe Tesla will deliver EVs now and full self driving sooner than most people would expect.

We would propose to set a binding target for a 4% to 5% annual reduction in retail road fuel carbon emissions annually from 2020 to 2030. This would drive specific policy actions. We would set the baseline as 2019 which is generous and achievable.

We set out below proposals that could help achieve the target.

3.3 Target policy to transition the drivers with the highest CO2 first.

We believe there is a very strong case for converting the drivers producing the highest CO2 from combustion engines first. In a sign of the magnitude of the policy mess that the UK and EU dash to diesel was.. it is UK diesel and not petrol drivers that we need to focus on.

Even a top level look at the numbers shows 18.5m petrol car and van drivers burn 16.2 billion litres of petrol a year or 876 litres per petrol driver.

By contrast the smaller number of diesel car and vans, 16.9m of them including around 4m diesel vans, burn a staggering 20.8n litres of diesel at retail pumps or 1,231 litres per vehicle.

If you assume half of commercial diesel fuel sold is used for van fleets (with the other half used by HGVs) the figures are even worse with 16.9m vehicles guzzling 25.5 billion of diesel fuel or 1509 litres each.

Of course this understates the position because each litre of diesel fuel produces 2.68kg of CO2.. compared to 2.31 for petrol. So if a diesel and petrol vehicle consume the same 8L/100km (35.31MPG) the petrol will produce of 211g of CO2 per km, compared to 191g/km for the petrol.

The van fleet is a vital focus for rapid conversion to EV. They do high mileages, are on city streets for large amounts of time (and highly polluting) and around 98% of sales are still diesel. We believe EV vans being launched in 2020 are finally good alternatives but the price differential is still around 40%. We propose using a sledgehammer to move this market rapidly

If we want to cut diesel car sales to zero then a fuel escalator for diesels will probably be most effective. Diesel buyers were attracted to the fuel because the cars were subsidised by tax benefits on purchase as well as affordable running costs on bigger new cars. A regular step increase in VED for combustion vehicles with above average CO2 per km along with a return of the fuel duty escalator with higher rates on diesel fuel should be sufficient. At the very least diesel fuel duty should reflect the 15% or so higher CO2 produced per litre of diesel.

Finally all diesel vehicles should be subject to ULEZ and CAZ charges by 2025. There is no justification for the majority of Euro6 diesels on the road to be exempt based on their real world pollution levels.

3.6 Reducing the number of combustion engine vehicles on the road

Having driven an EV for 5,500 miles over the last 9 months I used to think they were the future. I still do but my perception has shifted.. to me an EV is the present and future and when I hear a petrol or hear or smell a stinky diesel engine car or van near me it is the past. Like seeing a steam train or beer being delivered on a cart by shire horses. Sadly these diesel vehicles are still in the present.

Like with diesel vans I believe purchase price is a big stumbling block. Buyers will soon be pleased with the lower running of an EV anyway so that isn’t the issue. Many young buyers really want an EV but with cars like a Corsa-e costing around £30,000 they are out of reach.

The combination of surcharge and grant would aim to allow drivers to switch to EV’s without a penalty in the under £30k segment for the first time.

As we covered earlier we believe that if, and it is a big if, self driving EV‘s do arrive between 2023 and 2030. they will, compared to diesel and petrol cars, have the ability to help us achieve or exceed climate change goals – solving the problem of burning fuel by using renewable energy and the issue that one of our most expensive assets are only actually used or driven around 4% of the time. As a back of an envelope then

I think we should assume the debate on self driving has passed the “if” stage but the when varies from 2 to 25 years depending on peoples view of the progress being made!

This really deserves a whole report of its own. Using the batteries in electric vehicles to give power to the electricity grid at key times is useful for EV owners but vital for a power grid using high proportions of renewable energy. It seems sensible that VtoG street chargers be developed that both driven and autonomous EV’s can hook up to on our streets. Otherwise V2G will be limited to EV’s whose owners have a driveway or depot. This will need work on planning, product design and standards over an above existing VtoG plans but could massively increase the number of potential donor EV’s when a power boost if needed.

3.7 Reduce fuel demand for diesel and petrol vehicles already on the road