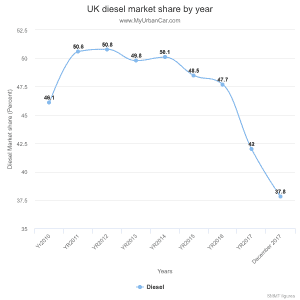 Diesel market share actually rose slightly in December compared to November from 37.7% to 37.8%. Sales of diesels were nevertheless 31.1% down on the same month of 2016.

Car sales have now fallen for a 9th consecutive month since George Osbourne’s changes to VED (Vehicle Excise Duty) were introduced in April 2017. This sharply increased the tax payable on any car with a list price exceeding £40,000 whether diesel, petrol or zero emission. 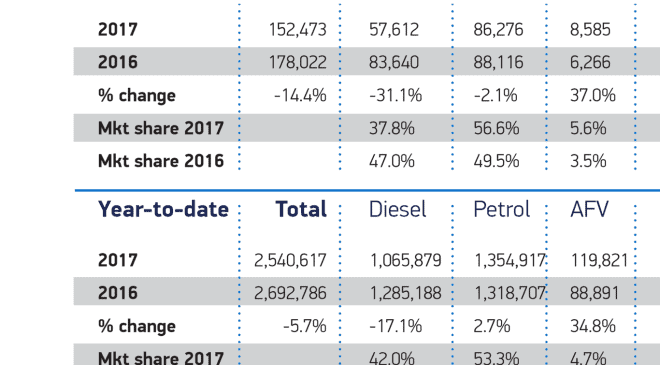 The SMMT car sales figures for 2017 show that the message about the effect of diesel cars on air quality is getting through. Despite industry claims that Euro 6 diesels now on sale are “clean” only about 10% are able to comply with the Euro 6 80mg/km NOx limits when on the road. The average for Euro 6 diesels is 400mg/km.