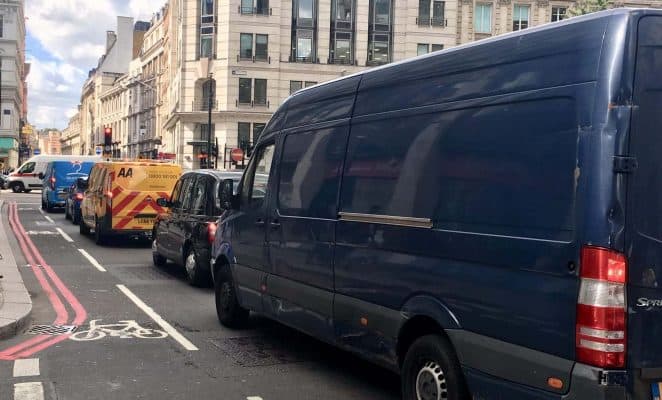 Finding cleaner cars and vans that are ready for ULEZ and the future or..

Contents hide
Why diesel cars and vans are unlikely to be on sale in 2030 let alone 2040
Why combustion engines are in the departure lounge
NOx pollution from diesel vehicles
Tax advantages for diesels will disappear
Taxable CO2 on new diesels is about to go up sharply compared to petrols because of WLTP
Clean air zones to cut air pollution are global and accelerating.
4 classes of zone – vehicles that pay pollution charges
The cars that are exempt in UK zones now and in future
Technology do’s and don’ts
Bit confused. What should I buy?
Your new technology future – From combustion and driving to batteries and self driving
City range in an EV – should it be measured in time or in distance?

Why combustion engines are in the departure lounge

The tweet below links to charts showing roadside emissions from petrol vehicles from the cleanest 25% to the dirtiest 25%. The petrol cars are much cleaner with cars under or close to the legal limit while Euro 6 diesels are dirtier even with adblue SCR systems ( top of the diesel charts).

Essentially toxic emissions on the road are still much higher from diesel vehicles.

When the car industry says diesel emissions are comparable to petrol cars they mean in the same way a mouse dropping can be compared to an elephant’s dung. They are not the same size but they are comparable

Tax advantages for diesels will disappear

13% – the amount of extra CO2 emitted by a litre of diesel compared to a litre of petrol. The overall CO2 when you drive a diesel is offset by better fuel economy.

On a level CO2 basis the taxation on diesel should be 13% higher per litre. At some point it will be. This will in future offset any advantage in fuel economy as diesel fuel is already more expensive.

In addition CO2 based tax on purchasing diesels in future will be based on WLTP lab tests which are more realistic. Until now tax has been based on NEDC lab tests that massively understated CO2 for diesels – essentially a tax fraud.
The tweet below from Emissions Analytics details how WLTP will affect the relationship between petrol & diesel CO2.

Clean air zones are being introduced across the UK including London, Birmingham, Bristol, Bath, Glasgow, Edinburgh, Aberdeen and Dundee between 2018 and 2021. More UK cities will follow soon. Most will follow the broad standards and have the similar exemptions for now. Class D will be the most common plan.

If you think all the pollution comes from buses and taxis you are correct they are big polluters but not for much longer. In London new diesel taxis are banned from sale, all new double deckers are hybrid or zero emission electric or hydrogen, All new single deckers zero emission from 2020 inc all operating in central ULEZ

The dirtiest vehicles in the London bus fleet will be Euro 6 diesels by Oct 2020. These are already less polluting than many diesel cars and vans because larger vehicles always had to pass an on the road test for Euro 6.

The new standard used to decide UK tax bands is Euro 6 RDE2. Diesels conforming to this will not go up a tax band when purchased new and the worst will “only” be 2x as polluting as petrol cars.

The reason RDE2 is the next likely minimum standard for diesels (assuming all diesels don’t have to pay ULEZ zones yet) is that in order for RDE2 cars to get a tax break a field identifying RDE2 models was added to vehicle registration forms. This allows owners & ANPR cameras to identify an RDE2 car but not an RDE1.

The chart below compares the emissions of Euro 6 vehicles sold before 1st September 2019 with RDE1 vehicles sold after & the future RDE2 standard. It is worth noting that the EU had to raise the official Euro 6 limit of 80mg/km that was set in 2015 so that dieselmakers could continue to sell vehicles that pollute at twice or 3 times the legal limit (for NOx) when driven on our streets.

Bit confused. What should I buy?

City range in an EV – should it be measured in time or in distance?

When I took a ride a new London range extender taxi I asked the driver whether he got around 40 miles of EV range.

He said “I don’t think of it in miles, I think of it in time”. He lets the petrol range extender keeping him fully charged on the way in from Essex and then he switches to EV mode and runs fully electric for 6 to 7 hours in London without a charge or the using the petrol range extender. He said his total bill for petrol and electricity was £6 a day EV use on one charge £6 a day, down from £30 a day on diesel with the old cab.