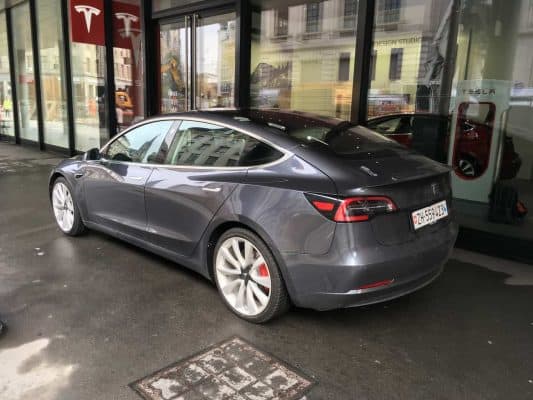 Elon Musk and the RoboTaxi – why it matters to you

Tesla held an “Tesla Autonomy Investor Day’ on the 22nd April 2019 to tell analysts about their self driving car plans including self driving taxis.

For info on how the system works start around 2hr 5 mins in. Its a long presentation!

So what did we learn about Tesla’s self driving plans?

Contents hide
So what did we learn about Tesla’s self driving plans?
Is the self driving announcement just a PR stunt to save Tesla from financial collapse?
Are there plausible reasons why Tesla might be way ahead of everyone else?
Should we be thrilled or worried? Definitely both. Lets assume the plans are delivered and see why.
For tesla owners
For the car industry
For the environment
For passengers and ride share apps
City planning and taxes
Other threats and opportunities

Is the self driving announcement just a PR stunt to save Tesla from financial collapse?

The proof of the pudding is in the eating. Its impossible to say whether Tesla can deliver this future in such a short time frame. What you can answer is the question…

Are there plausible reasons why Tesla might be way ahead of everyone else?

The the answer to that is more positive. Tesla is the only player we know of that has:

Is that enough? Maybe. Tesla have the most data going into their development and access to top talent. Will the timings be delayed? Probably. Will they deliver in the end. If they don’t go bust first, yes.

Should we be thrilled or worried? Definitely both. Lets assume the plans are delivered and see why.

Tesla Model S, 3 or X are about to become part of 2 revolutions.

Your car will soon be driving itself (subject to regulatory approval ) and it will go and earn money as a self driving robotaxi.

So you suddenly have a car that can earn what you paid for it in 2 or 3 years. What could be wrong with that? Well if you bought your Tesla as a high end performance car the fact it may become seen as a taxi (Prius syndrome) could take some of the gloss off things.

Probably the big issue though is this. Elon Musk is quite clear. Telsa’s autonomous driving system is expected to be between 2x and 3x safer than a human driver. Tesla will have to prove the system is safer than humans to get regulators approval. If it proves to be much safer why would you let the “driver” drive their Tesla less safely? It would be like asking the designated sober driver on a night out to swap places with the person drinking shots. You should not be surprised therefore that, even if Tesla don’t stop human driving via an over air update, in a few years, lawmakers or your insurers may insist you hang up your steering wheel sooner than you think. Fantasy? Well Tesla has designed the minimalist interior of the Model 3 with removal of the steering wheel in mind. In later Models a steering wheel will at best be an optional extra. So a car you bought because you love driving it, could become the first car in the world you aren’t allowed to drive any more.

For the car industry

The thought that a million Tesla’s that cost a fortune to develop and were sold for fairly low margins to Tesla owners, suddenly turn into a fleet of revenue earners, transforming Tesla’s finances literally overnight, is the stuff of nightmares for carmakers. Elon Musk with a solid set of financials.

The nightmares get much worse than that though. Why buy a car at all if a Tesla can whisk you round for a dollar a mile. Younger people increasingly don’t bother learning to drive, paying for a car and parking and fuel and servicing. They take an Uber, bike or public transport instead. A half price clean driverless Uber would only accelerate the trend. It promises to offer greater freedom to anyone who can’t drive but needs to get around.

Well at least carmakers can sell to people who want their own car. But why buy an old tech diesel or petrol car when a self driving Tesla can be a driver on call for your entire family and drive you home after a night out. Especially if the ICE car will cost more to run, maintain and insure and will be increasingly charged for polluting the air and emitting climate changing CO2.

Finally there is the multiplier effect of an autonomous vehicle. Most cars today spend less than 10 hours a week actually driving. If autonomy can increase this to 50 hours or more (by being shared via the Tesla app ) then you only need a fifth of the number of cars to deliver the same journeys as today. It also means every Tesla sold since 2016 could displace 5 car sales of non autonomous cars.

Pretty much all the nightmares for the car industry are positives for the environment.

If autonomous vehicles can cut number of cars by up to 80% then that has massive knock on effects, cutting the need for energy and resources for production, shipping and transportation.

Power will come from an energy grid that in the UK is already 60% zero emission (40% renewable and rising fast thanks to offshore wind and 20% nuclear).

Teslas produce no CO2 or exhaust pollutants, and produce much less particulate from brake dust than conventional cars because the brake pads are rarely used. These EV robotaxis could accelerate meeting climate change CO2 targets and transform air quality in cities.

The self driving hardware uses a very reasonable 72W of power and the next generation will probably cut this still further. This is important because in a city like London with slow traffic a steady fixed power drain has a much bigger effect on battery range than at 70 mph.

Finally Musk also announced that Tesla cars have been built and tested for a life of 1 million miles with minimal maintenance. Even the batteries are claimed to last 500,000 miles and Tesla claim they will double this with new batteries next year. Cars that last several times longer also cut environmental impact, and car sales.

According to the presentation a conventional car in the US costs 68c a mile to run. Adding a driver takes the cost to $2 for an Uber type service. By comparison Tesla claims its robotaxis (which Tesla owners have already bought and paid for) will cost 18c a mile.

Tesla have prevented owners from offering their Tesla robotaxis except on the Tesla network. This means Tesla could overnight become a big taxi company with costs lower than anyone else in the industry and no competitor close to launch.

The effect of this pricing is that many more people will have more choice of how to travel regardless of income. A robotaxi will be part of the public transport network. For many US cities with limited public transport options Tesla will pick up what Uber has begun. If it launches well ahead of it’s competition it could become a dominant player quickly.

The imminent arrival of truly autonomous vehicles (Whenever it arrives) has big implications. Most stem from the reduction in vehicles needed and the fact autonomous cars/robotaxis will be on the road more and parked much less than existing cars. Easy predictions

Other threats and opportunities

Many people essentially make a living driving. From taxis to deliveries many of these jobs will change or vanish altogether. While new jobs will be created the transition over time will be difficult.

Other opportunities arise though. Communities and country pubs and restaurants could in future be as accessible to customers as they are in cities.

Will it happen? The answer to that is yes, the question is will it be on Elon Musk’s timescale or everyone elses. 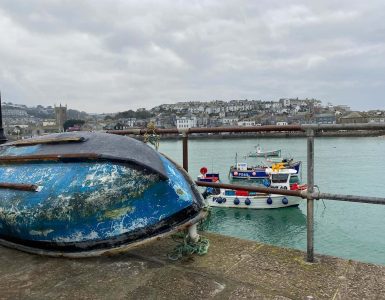 EV day trips There are some very common but really inaccurate misconceptions about driving electric cars that are still widely believed. One is that you can’t do high mileages or long trips in an electric car and...