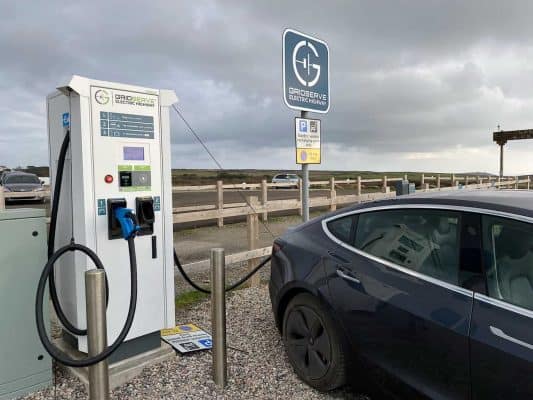 In our survey we’ve looked at how the cost of filling up with petrol and diesel compares with charging electric cars in the UK. Then we’ve looked at how that has changed compared to a year ago and why largely renewable UK electricity has gone up in price faster than petrol.
(currently updated with fuel prices as at 9th June and Charging costs at 19th June 2022)

There is a general assumption that Electric cars are more expensive to buy but charging is always going to be much cheaper than filling up with petrol and diesel. So how is that shaping up in 2022 when both fuel and electricity prices have soared thanks to a spike in oil and gas demand following the pandemic and the Russian invasion of Ukraine.

Well it turns out UK public charging costs are much rising faster than fuel for combustion cars despite the fact that on average only 35-40% of UK electricity is actually generated from oil and gas. It turns out the UK has a scandalously flawed way of deciding how to price electricity that is based almost entirely on the price of gas is hitting EV drivers hard. We’ll explain why.

1 How we compare the costs – Petrol v Diesel v Electric

It’s quite hard to compare the cost of a liquid fuel burnt inside a piston engine with electricity running electric motors so we’ve made it super easy. We’ve done the maths and you just compare the cost in pounds to drive 1,000 miles.

We’ve also split the results into green for the most economical cars, yellow for average and red for the least uneconomical. Just like for piston cars, some electric cars are very heavy and inefficient so they don’t travel as far as many miles per kW/h as more efficient cars. Just look at the actual economy of your piston or electric car to compare costs.

If you don’t like comparing per thousand miles just move the decimal point to the left to get the price per 100 miles.(so £150 per 1,000 miles is £15 per 100 miles. If you want to try your own mpg or different prices per litre there is a handy calculator at  Fuel Economy UK

2 Cost comparison results – what do they tell us?

Well it turns out charging costs for electric cars have been rising much faster than the prices for petrol or diesel.

Petrol and diesel fuel prices in the fluctuate. During the pandemic they fell to around 117p per litre but assuming more normal prices they went from

As you can see it’s not just petrol and diesel drivers that should be clamouring for relief from soaring prices, in fact charging costs are rising much faster than fuel. Remove the bookends ( Ionity and (customer only or £100 parking fine Lidl) and you’re left with a 76.2% average rise in the cost of UK electric car charging since Jan 2021!

Sadly this shows no sign of letting up, with Osprey being the latest network to leapfrog to higher prices, from 49p per kWh to 66p! We estimate that on current petrol prices parity will be reached in the green and yellow columns at 73p per kWh. Unlike for petrol and diesel there is no sign the increases in public charging prices have peaked. Parity with all but the least economical petrol cars looks close to being reached.

On the plus side Source London, which used to provide the most expensive charging in the country at 70p per kWh has at last cut its prices for pay as you go to 59p. It appears they have also removed the supplement for charging in central London boroughs.

4 Why are UK charging costs rising so much faster than petrol and diesel? Is it the Government or the Russians or the French?

Well we’re comparing 2 things so starting with the price of petrol and diesel. Why hasn’t it gone up more? In a word it’s fuel duty which for years has been fixed at 57.95p for both fuels. By contrast the cost of the fuel and biofuel contributes only about 67p to the cost of a litre of petrol at the end of May 2022. Then there is delivery, retailer margin and VAT. Essentially only about 40% the price of petrol goes up directly with refined oil prices. Remember that 40%

How UK electricity prices are set

So what about electricity? Well electricity is also 60% produced from sources like wind, solar, nuclear and biofuel that haven’t changed in price. Just under 40% comes from gas which has gone up massively in price recently. So why has the cost of UK electricity gone up so much (which is feeding into much higher EV charging prices)

Well for this lets look at the words of the Chancellor during his 26th May 2022 “windfall tax” statement.

Certain parts of the electricity generation sector are also making extraordinary profits. The reason for this is the way our market works. The price electricity generators are paid is linked not to the cost they incur in providing that electricity but rather to the price of natural gas, which is extraordinarily high right now. Other countries like France, Italy, Spain and Greece have already taken measures to correct this”

Chancellor Rishi Sunak during his 26th May 2022 “windfall tax” statement.

So to sum up, the former Chancellor is admitting that the reason UK electricity prices have gone up so much is because it is being pegged to gas prices. In fact the way the market operates is even stranger. Generators bid to provide power for half hour periods. Wind and solar might be 4p per kWh, Nuclear 13p but during peak times gas is needed as well. If the gas bid is for example 30p then every generator (including wind, solar and nuclear) all get paid the price offered by the worst or highest bidder, in this case 30p even if they bid just 4p!

The government is currently “consulting” to change the system but unlike France, Spain Italy and Greece appears not to be in any rush. Instead the government appears to have decided to let generators make windfall profits and then use taxpayers money to compensate some electricity users for the the obscene electricity bills this flawed market delivers.

So the cost of gas crisis has paradoxically hit electricity prices hardest. There is one other curious factor at play and it’s the French!
Nothing sinister.. France produces most of it’s electricity from nuclear power and often send surplus power to the UK via undersea cables known as interconnectors.

Unfortunately with abysmal timing in 2022 half of all the Nuclear power plants in France have had to be taken offline for a combination of regular maintenance and emergency repairs. As a result instead of the UK grid being topped by French electricity UK generators are having to burn extra gas to keep the French grid up and running. Quite proper but it means we are burning extra gas in UK and are likely to have much longer periods needing gas plants operating at peak demand mode.

Wholesale price is is the main thing driving electric charging prices skyward. The other is that the Inland Revenue prevailed in a dispute over whether the VAT on public charging bills should be levied at 5% or 20%. As a result charging companies have to add 4x as much value added tax than is paid by someone charging at home.

Neither of these Government created issues are within the control of charging networks. The good news is when one or both are fixed, charging costs should begin to fall from current peaks, even if oil and gas prices remain high.

The government really needs to focus on this issue. On the path to net zero, it makes no sense to artificially inflate the cost of low carbon electricity, making electric cars and heat pumps more expensive than they should be relative to fossil fuel cars and gas heating and cooking. In some cases drivers of plugin hybrids may even decide it’s cheaper to just burn petrol than to charge their batteries.

One of the benefits of clean renewable energy today is cheap and stable pricing. It’s important consumers of energy are able to appreciate that a small and shrinking proportion of our energy comes at highly volatile prices purchased from dodgy dictators. Instead the Government has provided a perverse opportunity for some climate change deniers to falsely claim renewables are driving up household energy bills when the opposite is true.

From a policy perspective many people are suffering from soaring energy costs. Providing relief on the electricity price through market reform not only fits with the long term green agenda, it is also more equitable because almost every household in the land uses electricity, whereas a larger and growing proportion don’t use gas. For UK households it is total energy bills that matter. Whether relief comes from market reform of the electricity market without subsidy, or direct taxpayer subsidy of fossil fuels is immaterial to most consumers but it does matter to our future success in achieving net zero goals.

Table Of Contents EV day tripsWhat’s an EV day trip like in winter thoughLondon to St Ives in Cornwall, then on to Lands end and back to London in a dayThe overall trip statsCharge stop 1 at 77.2 miles –... 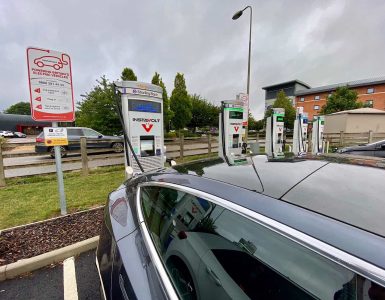 So your new electric car has arrived, you’ve got a pretty good idea how to drive the car but not much more than that. So lets kick off. Firstly you’ve made a great choice. Click here to see why almost no...