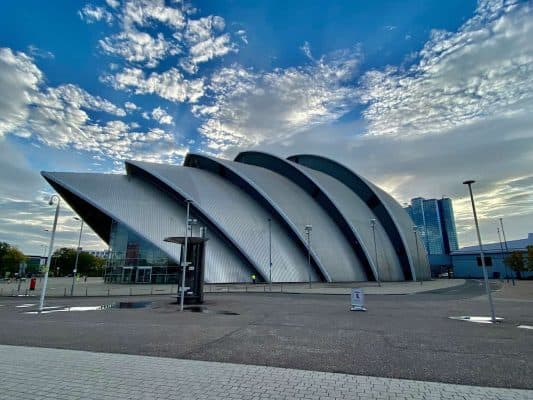 On the 8th October 2021 I did a trip from Putney in SW London to the Scottish Event Campus in Glasgow which is the venue for the COP26 summit. I then continued onto Crianlarich in the Highlands.

By complete coincidence the same day the Campaign for Better Transport arranged a race from London to Glasgow with one person going by air and one by train from city centre to city centre. Their journey was designed show how rail journeys should replace all domestic flights where a train can take about the same time or less. A big factor in this is the ticket costs which favour subsidised air travel despite it being far far worse for CO2 emissions. Something is very wrong with UK policy if high carbon flying is much cheaper than a train.

Comparison with other Transport from London to Glasgow

SSE Hydro is the round building

and the small looking building between is the SEC centre, easily the biggest of the 3

Tops tip if going to COP26 with an EV?