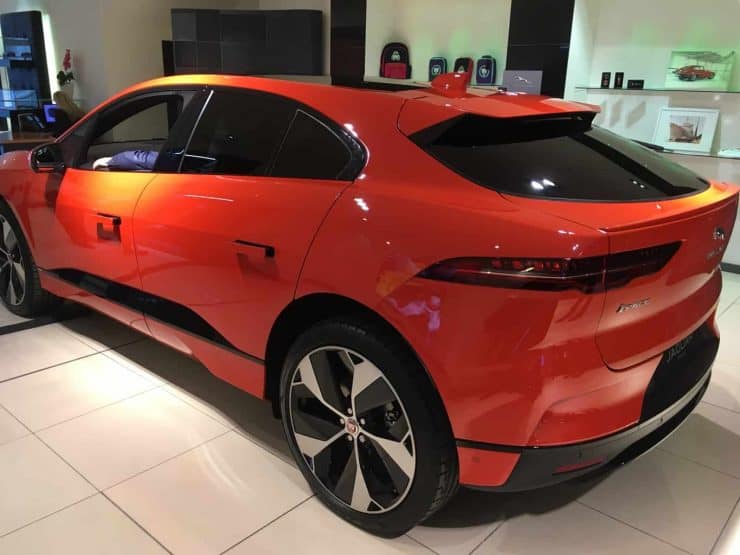 Why the time has come to switch to electric cars..

David Nicholson
6 min read
If you are buying a new Tesla EV then you can click on this text to use my referral link to get 1,000 free Supercharger miles

Why switch to an electric car?

You don’t need to be called Greta to know that if we let the Climate Emergency run out of control it will be a vastly bigger long term threat to the human race than Coronavirus. To deal with this our basic mission is to “stop burning stuff” in order to power our human activity – from transport, powering and heating buildings to making things. In short if your life involves extracting and burning coal or oil or gas.. it will have to change. No more filling up with fossil fuels like petrol or diesel at a petrol station.

Fine one day but electric cars aren’t ready yet are they?

If you walked into a showroom to replace your car and the salesman said we’ve got a new model in.. It will travel 1,000 miles for around £60, it’s faster, quieter, safer, much cheaper to maintain and service, more durable and has more space for passengers and luggage, handles better (because all the weight is low and between the wheels) you’d looking for signs of a growing Pinnochio nose. If he said you can drive it without sending people to A&E with fumes from the exhaust and that it produced no CO2 you might think he was smoking something.

Yet these are pretty much the attributes of electric cars today. In fact after driving a car with no engine to rev and no gearbox, that just wafts forward silently and smoothly most drivers never look back. The regenerative breaking where the car slows as soon as you lift your foot on the accelerator is also very intuitive.. reducing the need to use the brake pedal (and brake pads) and putting energy back in your battery when you slow down.

Electric cars are out of my price range

This is fast changing. Tesla’s used to be big high performance cars like the Model S & Model X costing over £70,000. The arrival of the Tesla Model 3 starting at around £40k means anyone buying a new petrol or diesel 3, 4 or 5 series BMW or C class Mercedes or Audi A4 or 5 has the option of a spacious high performance Tesla instead. Much lower running and maintenance costs along with lower deprecation will often make it cheaper to buy or lease while company car drivers can save over £10,000+ in tax over a 3 because of the much lower tax rates on electric company cars.

Those aren’t the only savings. A BMW 320i is estimated to cost around £16 per 100 miles to fuel..by comparison my much swifter Tesla Model 3 Performance has cost £6.80 per 100 miles over its first 5,000 miles. Choose a RWD Tesla Model 3 Standard Range and charge at home on an EV tariff and under £2 per hundred miles is possible. Then there is the EV exemption from VED (vehicle excise duty) along with the VED surcharge for cars over £40,000 in price. The there’s exemption from ULEZ charges and the London congestion charge.

Even people who don’t care about climate change or killing people around them with air pollution probably don’t want to pay more for the privilege.

Electric cars you can buy today

There are lots of other fantastic electric cars now available including the VW e-Up and it’s SEAT and Skoda siblings for under £20k. Between £20k and £30k there is the Renault Zoe (now with longer range), Nissan Leaf, the MG ZS-E, the new Peugeot e208 and e2008, the Vauxhall e-corsa. Between £30,000 and £40,000 there are the fabulous Korean twins the Kona and spacious e-Niro which have super efficiency and long range. At the top end the Jaguar i-Pace, Audi e-tron & Porsche Taycan lead Europes reponse, the latter probably most convincingly.

Soon the VW ID3 will be joining as well, along with the Mini Electric and Fiat 500e.

The list of attractive EV options is growing all the time. In fact by June 2020 6.1% of cars sold in the UK were pure electric.

Compared to June 2019 Electric car sales moved from being 1 in 90 car sales to one in 16! The arrival of the future is accelerating.

There is also a growing choice of used EV’s that are very reliable including Nissan Leaf and e-Golfs and the BMW i3. Renault Zoe’s are also available but come with pay forever battery leasing. If you’re really worried about batteries needing replacement this might be for you but most EV batteries last for much longer mileages than petrol or diesel combustion engines. Most EV’s come with an 8 year battery warranty that doesn’t just replace a batteries that completely fail (something that hardly ever happens) – the warranties usually cover a replacement for a battery is it only operate only 70% or 80% as well as when new.

This old chestnut has been pushed around by supporters of the fossil fuel industry for a decade or so. There are even a couple of bits of research that by supporters of diesel cars that suggest they produce less CO2 than EV’s. I would recommend a look at the independent Research from Transport and Environment on whether EVs, diesels or petrol cars produce less CO2 over their lifetime including from battery manufacture. EV’s produce 27% less CO2 even in a country like Poland where a lot of electricity is from Coal. In the UK coal is down to around 2% and gas usage is falling as increasing amounts of our power from from offshore wind and solar. Currently an EV charging on UK electricity will produce 62% less CO2 over it’s lifetime than a petrol or diesel car and it will get lower every year as CO2 in UK the energy falls further.

So what’s it like swapping to an EV? here are a few of reviews of the Model 3 to give you an idea. 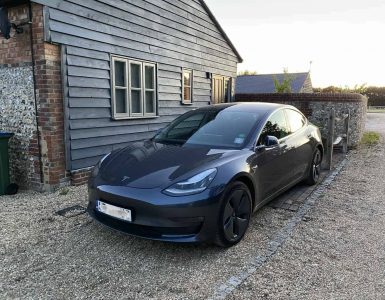 Is it difficult to switch from petrol or diesel to an electric car? Well after over 8,000 miles in the Tesla Model 3 it really isn’t that hard at all in this electric car. Have I ever had to drive 20 miles out of... 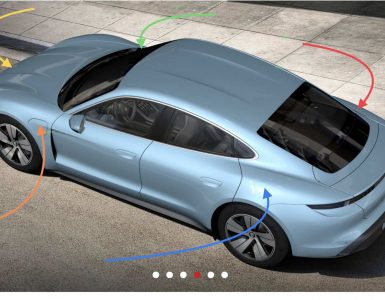 Getting local EV Public Charging right – Part 3 Is it unusable?

In part 1 we looked at how important it is to get the cost of public charging right. In part 2 we looked at the different types of charging you need in an area. In part 3 we look at the most common reasons why EV...

Getting local EV Public Charging right – Part 3 Is it unusable?

Any cookies that may not be particularly necessary for the website to function and is used specifically to collect user personal data via analytics, ads, other embedded contents are termed as non-necessary cookies. It is mandatory to procure user consent prior to running these cookies on your website.